Copenhagen, Quantum Mechanics, and a Shot of Glen Livet 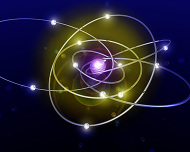 The tag line for this blog, indeed the overarching theme of the Chaos and Fractals course is the fuzzy three-legged monster of Modeling, Understanding, and Prediction. Fuzzy because the boundaries are never clear; they are themselves fractal-like. Suffice it to say that the non-linear dynamic modeling of most systems is used for both the understanding the models provide about why something happens the way that it does as well as the prediction of future states.

Which brings me to quantum mechanics - a field where models routinely predict experimental results with extraordinary accuracy, yet there is still debate on what it all means. Taking this to an extreme, if there is disagreement among physicists on the meaning of quantum mechanics (specifically, the meaning of the quantum mechanical wave function and the nature of observation) then there is a lack of understanding. Whether one considers this "good prediction, no understanding" scenario unsatisfying or not comes down to one’s proclivity for philosophizing.

Actually, for me I developed a "proclivity for philosophizing" because of Quantum Mechanics.

I remember as a physics student being totally mystified at and angry with quantum mechanics. Sure I could do the mathematics, but I really had no clue as to what a stationary state was, or what it meant for a wavefunction to collapse. Even after getting very good grades in both semesters of quantum, I really couldn’t articulate the connection between the mathematics and reality in a reasonable way, or at least not in the tangible way that I could describe the (apparent) reality of Newtonian physics.

Click to enlarge the Quantum CatGrad school and a post-doc in solid state physics finally did bring some aha! quantum moments; I could finally talk-the-talk of quantum mechanics interpretation as well as theory. Like most students, I was taught the Copenhagen Interpretation of Quantum Mechanics as promulgated by Bohr and Heisenberg in the 1920’s. I adopted it whole heartedly, and soon Schrödinger Cats and Wave-Particle Duality were common topics of late-night sessions, often fueled by single-malt Scotch. But there was something very strange about this: even though I became fairly fluent in discussing all sorts of quantum paradoxes, and could recite quite a bit of quantum philosophy (thanks to reading books such as Max Jammer’s Philosophy of Quantum Mechanics: The Interpretations of Quantum Mechanics in Historical Perspective ), this was basically a quantum bluff.

And now, my confession: I still didn’t really understand the quantum stuff in any satisfying way. I was in the odd position of believing and knowing what I was saying, but not really understanding the universe in terms of physical laws. I guess it’s just that I always struggled with the fact that the universe was extremely wacky and random, and any attempt to understand it in terms of simple particles and interactions was basically a waste of precious time and energy. I had to change my view of what was knowable, and totally re-visit my beliefs of what type of stuff that makes up the universe.

Now the Copenhagen interpretation is supposed to help out here, and it does, but with an anti-epistemology twist. According to this interpretation, the measurement act is crucial in establishing reality. Therefore, certain pre-measurement questions cannot be asked - not because the answers can’t be known, but because concepts such as the position of a particle before a measurement is effectively meaningless. In other words, the Copenhagen Interpretation is the don’t ask, don’t tell policy of the atomic world.

There have been many other interpretations of quantum mechanics that have been proposed: ensemble, consistent histories, many-worlds, pilot waves + several more. In addition to these, the internet is full of amateur ontologists positing their own& view of reality.

I certainly enjoy reading and wondering about the other interpretations but, if pressed, I would have to say that I am more in the Copenhagen camp. Whether this is because I truly believe that it is the best may not be as important as the fact that it is the first one I learned. The fact that the Copenhagen Interpretation is the canonical interpretation really annoys a number of physicists who believe other interpretations are much better descriptions of reality. In a recent (July 2006) Physics and Society article, Marlboro College physicist Travis Norsen delivers an over-the-top diatribe against the doctrinal teaching of the Copenhagen interpretation in almost all physics curricula. He is not arguing that all of the basic interpretations should be taught - but he does argue strongly for the Bohm-de Broglie pilot wave idea. (Norsen basically describes the teaching of the Copenhagen Interpretation over Bohm-de Broglie as tantamount to the teaching of something as "non-scientific as Intelligent Design". This is not surprising - he does list Ayn Rand and Objectivism as a "hobby" on his web site.)

Over a few glasses of single-malt scotch.