This is a cautionary tale of frisbees in space, and those in the media who report about them…

Probably the main issue in all of physics education is how to help students learn in the face of their often serious misconceptions about the nature of forces in the world. Most carry with them an Aristotelian view of physics, in which forces are needed for motion. This view is in direct contrast with Newton’s Laws (specifically the First Law). According to Newton, forces are needed to change motion, i.e. accelerate an object.

The Aristotelian view leads to totally incorrect views of everyday situations, views that are repeated continually because they have become so ingrained in our thinking and reactions. For example,when a driver moves to the left when making a sharp-right-hand turn, the common statement is that there is a "centrifugal force" pushing leftward. There is no such force: the driver is moving straight while the car moves to the right. The driver then feels the door on the left - the inclination is then to assume that a force "pushed" the driver into the door. There are many other situations where we instinctively believe that a force is acting when in fact it isn’t. (See Aristotelian Physics and Why We Hate It by R.G. Brown of Duke U.)

An analogous misreading of nature is to assume that there is no force when in fact there is. This situation often occurs in descriptions of weightlessness. The concept of weightlessness is almost always handled incorrectly, even by those who should know better.

Weightlessness occurs when there is no force countering the force of gravity. If you weren’t standing on a floor that supported your weight, but were instead falling down an elevator shaft, you would be in free fall - the only force on you being gravity (I am discounting the upward force on you due to air resistance. To make this assumption more palatable, assume that you are falling in an elevator shaft in a vacuum.) If you are holding onto something - say your briefcase - and let it go, it will float in front of you just like the scenes of astronauts floating in a space station with their breakfast pouch suspended in front of them. Of course, it only appears floating to you as you scream down the shaft. To an observer who could look into the elevator, the briefcase and you are both plummeting at ever-increasing speed.

Which brings me to spaceflight, and ultimately the subject of this post, frisbees in space. The reason that astronauts and their breakfast pouches float in their capsule/space station as they orbit the earth is that they are continually falling towards the center of the earth while at the same time they are moving tangential to their orbit. If the orbital speed is just right, the amount they drop towards the earth is matched by the amount that move tangential. The net effect is that they maintain their same height above the surface of the earth.

Many people simply assume that there is "no gravity", or "zero gravity" when they see the astronaut pictures. While this belief may seem logical for those who have not had a physics class at any level, it is a particularly egregious error for a columnist writing in the science section of a large city newspaper.

Last Friday (Dec. 15, 2006), Don Sapatkin of the Philadelphia Inquirer wrote an article describing the (then) upcoming effort by astronaut and former Swedish Frisbee champion Christer Fuglesang to beat he previous world record for Maximum Time Aloft of a frisbee. With a time aloft of 20 sec, he did beat the previous record of 16.74 sec, set in 1984 by Don Cain, on earth. (Note: there are strict rules for determining the MTA set by the World Flying Disc Federation, although none stipulate that the record only holds for a terrestrial launch.)

From the Philly Inquirer article:

In the absence of gravity, the 49-year-old physicist almost certainly will succeed.

This line made me want to toss my lunch - not a frisbee.

Not only is this wrong because there is gravity in space at a typical space station altitude (there is only approx. a 10% reduction in gravity strength at 400 km from the earth’s surface), it is horribly wrong because without gravity nothing can orbit the earth in the first place!!!!

See The Physics Classroom for a tutorial on weightlessness, and how to fight your pre-conceived notions. Actually, the Inquirer staff, just about anyone else should visit this site to learn how to shed off those preconceived Aristotelian notions - notions that are severe impediments to learning about the world.

Check out the Inquirer page for assorted frisbee in space links, including a video of the space toss.

And don’t forget to check out James Brown for the final word on Gravity: 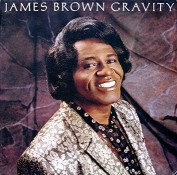