Mathematics is Art: Make No Apology

Recently, the following provocatively simple set of questions was added to an earlier post describing Jackson Pollock and fractals - one of a series of posts that debate whether technology & mathematics -produced art can actually be ART:

This question is from Jonathan "Fish" Fisher - co-winner of the 2005 Duke poetry award. Fish has posted a number of interesting comments and questions, adding his voice to the dialogue of whether or not art can be produced using mathematics and technology. He recently posted his Poem For Benoit Mandelbrot, A Connoisseur of Chaos, a moving poem that ends that concludes with his own awareness of the beauty and mystery of mathematical forms and structure via Mandelbrot’s fractals:

Briefly I taste the salt sting Of equations I'll never understand, But a wave of awe Sweeps me up as if divine Artistry had finally Conformed to a function of Some rigid geometry. Can any man be more than an artist?

I am always heartened when a non-mathematician senses the beauty of mathematics, which Fish makes evident in his poem, and his suggestive question: why can’t the mathematics be art itself?

There are mathematicians who will go into full rapture mode when describing the beauty, in their eyes, of mathematics. This is especially true when they describe mathematical proofs that are considered "elegant" - proofs whose logical path leads inexorably from axiom to conclusion using an economy of steps, with leaps to other areas of mathematics hitherto unrelated, demonstrating a dizzying web of connections among the farthest reaches of mathematics. 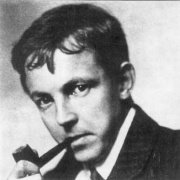 This view is typified by G.H. Hardy, an early-mid-20th-century British number theorist, and the author of A Mathematician’s Apology, his 1941 memoir and a book that should be read by all mathematicians. Hardy writes…

In great mathematics there is a very high degree of unexpectedness, combined with inevitability and economy.

But what about beauty? And where is the art? Hardy lived in a world of pure thought and number - far-removed from the real world earthiness of mathematical modeling, and just as far from the computer-produced display of impossibly intricate fractals. Yet for him, it is the essence of pattern - not, as we’ve seen, a pattern in space such as a fractal pattern, but a pattern of abstraction and logic that is the substrate of mathematics, and it is there that beauty can, and MUST be found:

The mathematician’s patterns, like the painter’s or the poet’s must be beautiful; the ideas, like the colors or the words must fit together in a harmonious way. Beauty is the first test: there is no permanent place in this world for ugly mathematics.

For Hardy, mathematics is surely art. To those who still aren’t convinced, and who would claim that only mathematicians can see the "beauty," hence it is not art, isn’t this an argument similar to those who can’t see the landscape in an abstract painting, or who can’t hear a melody in the serial music of Schoenberg?

Applying some logic here, mathematics must be art because it has an art-essence that is independent of the observer. If you don’t see it, it must be there.