No Comment(s) - Cool vs Hot Media 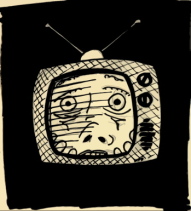 I’ve been writing FractaLog posts for almost two years now, and I’ve wondered why the number of comments per post is about as close to zero as you can get. Now I know that something is being read, or at least stared at (if I can trust the Squarespace statistics reports, or those produced by Google Analytics), so I’m left to wonder what’s up. Are the posts written in such a way that discourages comments?

I read an interesting take on this situation recently by Phil Ford in his Dial M for Musicology blog. In his post Blog media hot and cool he writes that "I’ve often noticed how it’s the posts that I took most seriously … the ones that take 90% of my blog-related time, that end up being ignored in the blogosphere, while the ones I spend 5 minutes putting together get the mad blog love." Ford’s post interests me because in it he brings up Marshal McLuhan’s ideas of hot and cool media, with Ford’s thesis that blogs are "cool media" , in the sense that "They’re less "dense," less "high-definition," and offer a wider variety of ways one can react to them; they have open pockets, lots of interstitial spaces that others can fill in for themselves." Ford is writing his piece as a cautionary tale about the future of academic writing if too much becomes "cool" b/c of the growing market share of the blogosphere. (For an even more dire view, see Cool Media and the Virgin Mary by K. P. Hawes, the site that produced the image at the top of this post)

But how does this translate into whether comments to posts appear or not? It might be too simple to conclude that the actual posts are too long, filled with too many links, too discursive, i.e. they are definitely NOT COOL.

So I should definitely try to shorten my