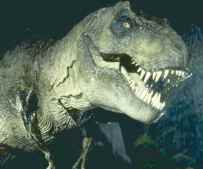 It’s amazing to me how global warming is now accepted as fact, when not too long ago it was still being described as possibly a climate condition that appears, and has appeared, from time to time in the course of the lifespan of the earth. There now seems to be an article every week in the major press about the latest discoveries confirming a warming trend thatdoes not appear to be part of some grand cycle through earth’s history. This has led several countries and continentsto proclaim global warming to be the BIGGEST threat to humanity in the not-so-long term, enacting legislation and controlsthat will stem thetide of further warming.

The U.S. is not one of them, of course.Hopefully, this sad state of affairs will begin to change with the new makeup of Congress. If so, it will be those who aren’tfans of Michael Crichton that may make the difference.

From Jurassic Park to ER, Crichton’s fortune has been built with high-concept, rapid paced stories for which science and medicine is the backdrop of human drama. I can’t comment on the medicine in ER - Crichton is an MD, after all, but the Jeff Goldblum riffs on chaos theory in Jurassic Park are mostly a juxtaposition of concepts that don’t make sense in terms of connecting chaos concepts with re-generatingdinosaurs. But the mathematics, or rather the portrayal of a pretty cool mathematician certainly adds high drama to the storyline, with the benefit being that Chaos Theory now has a certain cachet that it would never have otherwise. Literature as an entry to science is definitely a good thing.

Crichton hasn’t done nearly as well with the science of global warming in the book State of Fear. Crichton’s take on global warming is an extreme one - in fact he draws an analogy with the eugenics movement of the late 19th -early 20th century. The analogy is that a "theory" can be adopted and made part of the political and social milieu, and then ultimately proved incorrect, discrediting years of effort and leading to wasted time and resources. In the case of eugenics, the problem is far worse: science seemingly gave "rational" reasons for racism - reasons that are still quoted in support of the views of hate groups everywhere.

Even though he states that he is not implying that global warming is equivalent in any way to eugenics - he only wants the analogy clear, to me the damage is done. Here are his words from an intro to State of Fear, titled Why Politicized Science is Dangerous:

Now we are engaged in a great new theory that once again has drawn the support of politicians, scientists, and celebrities around the world. Once again, the theory is promoted by major foundations. Once again, the research is carried out at prestigious universities. Once again, legislation is passed and social programs are urged in its name. Once again, critics are few and harshly dealt with. Once again, the measures being urged have little basis in fact or science. Once again, groups with other agendas are hiding behind a movement that appears high-minded. Once again, claims of moral superiority are used to justify extreme actions. Once again, the fact that some people are hurt is shrugged off because an abstract cause is said to be greater than any human consequences. Once again, vague terms like sustainability and generational justice --- terms that have no agreed definition --- are employed in the service of a new crisis. I am not arguing that global warming is the same as eugenics. But the similarities are not superficial. And I do claim that open and frank discussion of the data, and of the issues, is being suppressed. Leading scientific journals have taken strong editorial positions of the side of global warming, which, I argue, they have no business doing. Under the circumstances, any scientist who has doubts understands clearly that they will be wise to mute their expression.

Notice how Crichton slips in the line "Once again, the fact that some people are hurt is shrugged off because an abstract cause is said to be greater than any human consequences". He doesn’t exactly describe why global warming is hurting some people. I find this statement incredibly offensive because of its juxtaposition with eugenics - a movement that was the total antithesis of the whole-earth concerns of global warming.

Moving beyond the outrageousness of putting global warming in the same category as eugenics (Lysenkoism is also described as another analogue), Crichton believes that global warming is an "abstract cause" because there is a problem with the science. His main claims against global warming are that the science doesn’t show it, and that dissenters are not being heard. Because he is not a climatologist, and with no apparent background in mathematical modeling of climate, the claim that the science is wrong, or done wrong, is incredibly arrogant. For very solid and thoughtful rebuttals against Crichton’s views, see James Hanson’s article in the April 2006 APS News. Here Hanson, the director of NASA’s Goddard Institute for Space Studies, describes how Crichton has misused his (Hanson’s) warming predictions for his own ends.

Hanson’s predictions compared with real climate data. Click to enlarge.Hanson points out that a standard methodology of climate modeling is totally ignored by Crichton. When modeling any complex system, and especially for one as complex as climate, it is standard practice to vary the models and their parameters i order to produce predictions for a number of scenarios, i.e. best case to worst case scenario. Usually the predictions in the middle range - which are often a case of several parameter sets yielding roughly equivalent behavior - are then presented as the most likely to happen. Crichton has taken the extreme outlier scenario and described it as the prediction of climatologists, when in fact it is nothing of the kind. Because the outlier prediction is not what is now being measured, well, it must be the case that the science is wrong, and the entire scientific community is caught up in a eugenics-like craze.

Another excellent dissection of Crichton’s selective use of data to further his novel (and with it his beliefs) can be found at the RealClimate blog site. ( I have written before about the RealClimate blog. Anyone remotely interested in climate science should subscribe!)

Crichton’s views are very popular in an administration that at first claimed that global warming was not happening. Now the administration does come close to admitting that it looks as if it is occurring, but that it is not necessary human-induced, and therefore the U.S. does not, and should not, take measures that will hurt our economy. Non-scientists view of science is shaped by how the science is presented through the delivery vehicles of popular culture. Given that many in Congress probably don’t read fiction that is much deeper than Crichton, the real danger is that he is politicizing science in the most dangerous way.

I am not naive enough to believe that science occurs in a vacuum, and that culture, politics, and ideology don’t play major roles in the acceptance of theory and practice. (I regularly post about the overlap of science and politics - see the Archives). By making a connection between global warming and eugenics, Crichton has, without conscience, introduced the volatile elements of race and morality into a debate that should remain in science and public policy.

An excellent review can be found at The Skeptical Inquirer. Titled Bad Science and Bad Fiction, the author Chris Mooney sums up a lacerating review with the perfect closer:

Let's face it: Such writing is pure porn for global warming deniers, in much the same way that fictional accounts of UFO abduction skeptics converting into true believers titillate UFO fans. In the end, State of Fear bears little resemblance to Crichton's most successful sci-fi thrillers, like Jurassic Park and The Andromeda Strain. Instead, it's far more reminiscent of Disclosure, Crichton's perverse attempt to address the issue of sexual harassment in the workplace by focusing on a case in which a woman harasses a man, rather than vice-versa. Similarly, in State of Fear the specter of a vast environmentalist conspiracy--a problem even less significant than sexual harassment of men by their female superiors--gets trumpeted while real concerns (climate change, for instance) get scoffed at. By the book's end, one can only ask: What planet is Michael Crichton living on? Because this one is clearly getting warmer.