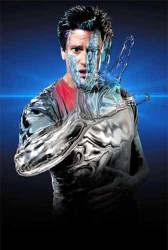 Over two years ago John Allen Paulos, Temple mathematician famous for his book Innumeracy, wrote a provocative op-ed that pointed out the analogies between evolution of organisms and the evolution of the free-market system. His point is that the complexity of a free market economy is not designed by anyone, and ism, in fact reasonably described by Adam Smith’s Invisible Hand model. Moreover, in a delicious irony, it is often the adherents of such a free-market system that deny the possibility of biological evolution without Intelligent design.

Paulos does point out the limitations of the analogy, but his piece raises an intriguing question for me: starting from scratch, how would one re-design the free-market system? Is there any other imaginable way to do it? I ask this because, as a science fiction reader, I often read about alternate life forms that may exist on other planets. (e.g. silcon-based) While the fundamental molecular bases of life as we know it seems to lend itself to another structure, I can’t imagine a different free-market economy. What would it look like?

Of course, the fact that I can’t imagine an alternate free-market economy may only be a result of my woeful lack of knowledge of economic theory and models.

Or a lack of science fiction writing that focuses on the economics of alien civilizations, which is a perfect excuse for a new Ursula K. LeGuin novel to be titled The Invisible Left Hand of Darkness…