Scientific Methodology vs. Prayer: And the winner is...

A fractal-like prayer rugMy post on March 19, 2006, described the Templeton Foundation, whose mission is to

“pursue new insights at the boundary between theology and science through a rigorous, open-minded and empirically focused methodology.”

The Templeton Foundation appears to do a creditable job in following their mission. But what happens when scientific methodology meets faith-based belief and science wins (or appears to win)? The clash between religion and science, most recently in full view during the Dover evolution vs. intelligent design imbroglio, is much more subtle, but still inescapably present.A case in point is the recent “rigorous, open-minded and empirically focused study” funded by the Foundation attempting to find the effect of prayer on healing. Titled STEP (Study of the Therapeutic Effects of Intercessory Prayer) , researchers studied the effects of prayer on 1,800 patients recovering from heart bypass surgery. The results, published in March 2006 and published in the American Heart Journal did not find any statistically significant effects.At their site, The Templeton Foundation appear true to their mission of being open-minded, reporting the results of the study:

Prayer research is a fascinating topic and may well continue in additional modes to that presented as the outcome of the STEP project. However, the null results obtained by the methodologically rigorous STEP experiment appear to provide a clear and definitive contrasting result to an earlier published finding (Byrd study) of a positive effect for patient-blind distant intercessory prayer in a prayer experiment involving recovery of patients in a cardiac care unit.* Result: The STEP project did not confirm these findings.*Note: The Byrd study also involved randomization to receive or not receive patient-blinded distant intercessory prayer

On closer reading, however, note that the report is hedged: “ Prayer research…may continue in additional modes” to those studied by STEP, and that a fine distinction is made between STEP and an earlier study by Byrd. (Click here for the full statement, and a set of links to reports of the results from major media publications. ) 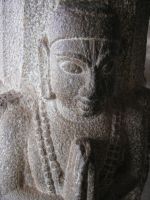 Clearly, the null result is troubling, and I assume that the Foundation will fund studies looking for those “additional modes.” And, at a funding level of $2.4 M - the cost of STEP - there should be many more research proposals coming in.Naturally, there are many bloggers on both sides of the science/religion chasm who have weighed in on the results. Most are predictable, polarized responses, but they do share a common theme: in addition to the staggering amount spent on the study, the question of the efficacy of prayer is just not researchable, and will never be.To understand why, just read Jeff Mullin’s commentary for the Enid News & Eagle in Oklahoma:

One of the study’s co-authors, Dr. Charles Bethea, a cardiologist atIntegris Baptist Medical Center in Oklahoma City, told the Associated Press “Intercessory prayer under our restricted format had a neutral effect.” To which I say, how do we know? How do we know some of the people being prayed for wouldn’t have died without pleas for divine intervention? How do we know some of the people who developed complications despite prayer wouldn’t have been much worse off without it?The point is, we don’t. Prayer and its effects are not something scientists can measure, study or accurately quantify. But one thing I know is, prayer works.

I assume that, if STEP had produced a positive result, there would be an equivalent posting, explaining the results in a way independent of prayer. (On the other hand, I would like to see how someone would mathematically model this situation for understanding and prediction of the phenomena!)What, then, is the purpose of funding future research when both null and positive effects are guaranteed to be refuted by half the population?
Categories   Religion   Science