The Right of First Recusal 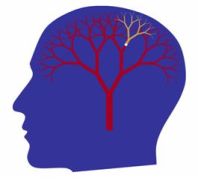 Some odd serendipity at work (isn’t serendipity always just a bit odd?). While cleaning out an incredibly messy office that I can’t stand being wink-wink-nudge-nudge described as chaotic, I came across an article written by Lance Morrow for Time magazine in 1990. Titled Let Us Recuse Ourselves Awhile, it is a paean to removing ourselves from all of the random facts, emotional baggage, and general neuronal detritus that clutter our brain, in effect stunting our ability to be curious and creative.

The closing paragraphs may be one of the first metaphorical appearances of fractals to appear in mainstream print:

History proceeds in gossip and fractals. Fractals are the mysterious and apparently irrational forms proposed by the mathematician Benoit Mandelbrot, who says that reality has shapes undreamed of by Euclid and surprises that ridicule the idea of order. The shape of a mountain is not a cone. Clouds, coastlines, tree branches, commodity prices, word frequencies, turbulence in fluids, stars in the sky, reputations, fame, the passage of history itself (think about the past ten months) -- all these are fractal shapes. The mind is the grandest, most mysterious fractal. It takes its shape from what it holds, and therefore, Zen-like, sometimes grows more graceful because of what it has kept out.

While reducing my own physical clutter I find justification to reduce my mental clutter, which frees my fractal-like brain to post about reducing clutter, allowing me to throw away the Morrow article which sat in a drawer for 17 years, uncluttering my fractal-like brain enough to undertake a more massive drawer cleanup, a drawer which containing endless layers of yellowed articles torn from old magazines, fractal-like. Serendipity, indeed.

And what type of cranial clutter did Morrow wish to recuse himself from?

The answer is frighteningly obvious, because we all suffer from the same flotsam callosum: any and all news of Donald Trump.