Until I read James Gleick’s Chaos: The Making of a New Science in 1987, I had only a passing knowledge of paradigm shifts, one of the defining features of science described by Thomas Kuhn in his Structures of Scientific Revolution. Gleick used the paradigm shift idea to describe the break with the overly linear science brought on by the new discoveries of Chaos Theory - a usage of the paradigm shift concept that seems to adhere to Kuhn’s definition.

A concise summary of Kuhn’s ideas can be found in Lawrence van Gelder’s June 19, 1996 NYTimes obit:

His thesis was that science was not a steady, cumulative acquisition of knowledge. Instead, he wrote, it is "a series of peaceful interludes punctuated by intellectually violent revolutions." And in those revolutions, he wrote, "one conceptual world view is replaced by another." Thus, Einstein's theory of relativity could challenge Newton's concepts of physics. Lavoisier's discovery of oxygen could sweep away earlier ideas about phlogiston, the imaginary element believed to cause combustion. Galileo's supposed experiments with wood and lead balls dropped from the Leaning Tower of Pisa could banish the Aristotelian theory that bodies fell at a speed proportional to their weight. And Darwin's theory of natural selection could overthrow theories of a world governed by design. Professor Kuhn argued in the book that the typical scientist was not an objective, free thinker and skeptic. Rather, he was a somewhat conservative individual who accepted what he was taught and applied his knowledge to solving the problems that came before him. In so doing, Professor Kuhn maintained, these scientists accepted a paradigm, an archetypal solution to a problem, like Ptolemy's theory that the Sun revolves around the Earth. Generally conservative, scientists would tend to solve problems in ways that extended the scope of the paradigm.

In such periods, he maintained, scientists tend to resist research that might signal the development of a new paradigm, like the work of the astronomer Aristarchus, who theorized in the third century B.C. that the planets revolve around the Sun. But, Professor Kuhn said, situations arose that the paradigm could not account for or that contradicted it. And then, he said, a revolutionary would appear, a Lavoisier or an Einstein, often a young scientist not indoctrinated in the accepted theories, and sweep the old paradigm away. These revolutions, he said, came only after long periods of tradition-bound normal science. "Frameworks must be lived with and explored before they can be broken," Professor Kuhn said. The new paradigm cannot build on the one that precedes it, he maintained. It can only supplant it. The two, he said, were "incommensurable."

I don’t know whether it was directly due to Gleick’s book, but, shortly after its release, I started hearing about paradigm shifts an amazing number of times, in a wide variety of different settings - almost none of which matched Kuhn’s description. So much so that the original sense of the paradigm shift as envisioned by Kuhn has been lost in all of the "shifting."

My earliest memory of this occurred in the late 80’s at a math/science teaching workshop. The speaker that day used the idea of paradigm shift to describe what needed to happen in order to "change the culture" of mathematics and science teaching at the K-12 level. One may view a different teaching culture and associated methods as an "answer" or way of understanding something in a completely new light, which in this case is a different understanding of how student learning can be affected by different pedagogy. Now this is stretch from Kuhn’s paradigm idea, but one that is not out of line - I took it as a metaphor that did have some illuminating power.

Then there was the case of Sony Betamx vs. VHS, an interesting, huge-money skirmish to determine which format would dominate the video recording market in the early days of TV video recorders. Even though Sony beta was considered the better format from a technical standpoint, VHS won out for a variety of reasons - most due to the recording length of Betamax tapes and the relative availability of films in the vying formats. Remarkably, I have heard this "locking in" of VHS to the detriment and ultimate demise of Sony Beta as a paradigm shift. I always thought that this was an inappropriate example of a paradigm shift as envisioned by Kuhn, because it wasn’t the wholesale replacement of an idea by one that was apparently better. Beta lost because the consuming public chose VHS.

This is clearly nowhere near Kuhn’s vision - it was simply the contingencies of the market, aided and abetted by smart and dumb business practices, good fortune and rotten luck - no paradigm’s here.

Which by the way explains the title of this post. In the ongoing war of DVD formats for High Def - Blu-Ray vs. HD-DVD, you can find sources that claim one side or the other are "winning." (There are several good sites that keep tabs on the format war, with ign and Gzmodo two of the very best.) Now Sony is one of the backers - in fact the principal developer - of the BLU-Ray format. Maybe to ensure good electronic karma for the fateful decision of the DVD-buying public, SONY execs are using the term paradigm shift to describe all of its high-def efforts, including Blu-ray. According to SONY Electronics CEO Michael Fasulo, “HD is a huge paradigm shift. It’s a huge opportunity. We haven’t seen this since black and white went to color." Then there is Fortis Investments - a global investment firm that calls its research publication Paradigm Shift. Their rationale for this name:

As the research publication of Fortis Investments, Paradigm Shift seeks to identify recent or imminent changes in dominant investment paradigms that have direct consequences for our clients. In doing so we aim to demonstrate the intellectual basis of our investment processes and to argue the case for our innovation.

What would Kuhn think about this? Short of Buy High and Sell Low, the idea of maximizing investment earnings still seems to be the overarching paradigm in the word of investments - one that will not shift anytime soon - although dropping the PShift name may make more clients willing to sink their $’s in Fortis. 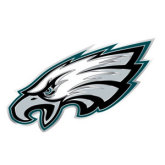 Now, just when I had lost any hope that paradigm shift would ever be used to describe phenomena correctly, I finally heard a reference that did ring true - just today on sport-talk radio I heard one of the hosts describe the need for the Philadelphia Eagles to undergo a paradigm shift in their offensive philosophy, from more passing to more running plays.